What does it mean to be an informed citizen in our contemporary digital media environment? 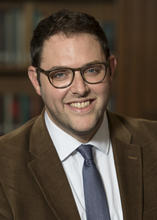 Assistant Professor Benjamin Toff, along with collaborators in Spain and the United Kingdom, is engaged in a multi-year, multi-country study of news audiences. “We specifically examine people with extreme media consumption behaviors—particularly the population of people sometimes called “news avoiders” who report consuming little to no news at all,” he said.

Through in-depth interviews with such individuals, Toff and his fellow researchers examine how the digital media environment, increasingly dominated by social media and search engines, is changing the way people think about the role of professionally-produced news in how they discover and engage with the information they believe they need to navigate public affairs and participate in political life.

This research has highlighted the important roles played by emotions in regulating the way people manage their use of news media; attitudes about news itself and perceptions about the types of people news organizations aim to reach; and belongingness to communities of other news users as an essential source of social influence needed to sustain the habit of following news.

Toff has supplemented the mostly qualitative research into news audiences with large-scale opinion surveys of news audiences across three dozen countries worldwide. This comparative work has examined variation in news avoidance behaviors across different media environments and political contexts, pointing to the role played by political and press freedom in explaining why some countries exhibit much higher or lower rates of news avoidance and consumption. “The supply of news, not only individual differences in levels of interest, shapes cultures of news consumption at the societal level,” he said.

In a separate study with a collaborator at Wisconsin, Toff has examined what kinds of information people draw on when they talk about politics in informal conversation. “We find that contrary to most social science theories about political knowledge, which has largely emphasized news and factual information, people tend to process and share information largely through the lens of their personal experiences,” he said. This tendency to privilege experiential knowledge over other forms of knowledge appears among several different groups regardless of their degree of political engagement and sophistication. This work has led Toff and fellow researchers to propose an alternative interpretation for what it means to be an informed citizen in contemporary democratic systems.

While accurate and reliable information is an important building block for political discussion and deliberation, facts rarely speak for themselves, he said. “In fact, our digital media landscape offers a seemingly endless supply of information and arguments tailored to support people’s pre-existing views. We argue that models of civic competence which empathize knowledge of facts alone are insufficient. Instead, the ability to listen to, empathize, and understand the different lived experiences of others may be an increasingly core competency needed for promoting healthy democracies.”