Maral Abdollahi
Maral Abdollahi is a second-year doctoral student at HSJMC. She studied journalism and communication science as well as English and Spanish (M.A.) at the University of Vienna, Austria. Her research interests focus on computational advertising and the role of consumers’ affect in relation to various ad effects. She has published one peer-reviewed journal article in the Journal of Children and Media and presented her work at the Association for Education in Journalism and Mass Communication (AEJMC). She has been a graduate instructor for JOUR 1501: Digital Games and Society.

Jonathan Anderson
Jonathan Anderson is a third-year Ph.D. student in the Hubbard School of Journalism and Mass Communication at the University of Minnesota. He has a master’s degree from the University of Wisconsin-Milwaukee. Jonathan’s research investigates the role of law and journalism in facilitating public access to information. His research has been published in the Journal of Media Law and Ethics, the Journal of College and University Law, and the Mitchell Hamline Law Review. He has presented research at ICA, AEJMC, AEJMC Southeast Colloquium, NCA, Popular Culture Association, and the National Freedom of Information Coalition FOI Summit. Jonathan has taught Media in a Changing World (JOUR 1001) at Minnesota and Media Law (COMM 3800) at Marquette University.

Bugil Chang
Bugil Chang is a first-year doctoral student at HSJMC. He earned his MA from Seoul National University, Korea. His research focuses on the organizational behaviors for a sustainable society, including corporate social responsibility (CSR) and advocacy (CSA), and nonprofit sustainability. He has published two peer-reviewed journal articles in Public Relations Review and the Journal of Cyber Communication Academic Society (Korea). His research has been presented at various conferences, including ICA and NCA, and he won two top paper awards at the International Public Relations Research Conference (IPRRC) and Korean Society for Journalism and Communication Studies.

Yuming Fang
Yuming Fang is a second-year doctoral student in the Hubbard School of Journalism and Mass Communication minoring in Public Health. Prior to HSJMC, she earned her MS in Journalism from the University of Southern California (2019). Her research interest involves health communication, media effects, and computational communication in the digital and social media contexts. Her current research focuses on the automation and amplification of vaccine-related misinformation on social media and whether online influences of health misinformation has an offline influence in individuals' health behaviors outside of digital environments. 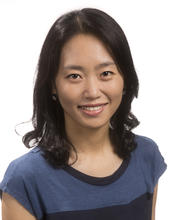 Eunah Kim
Eunah Kim is a doctoral candidate at HSJMC. Her research interest focuses on the effects of digital advertising on new media, such as mobile advertising, advertising on social media, and ad viewing behaviors on digital video-sharing platforms. Her research was presented at various global conferences including AAA, ICORIA, and AEJMC and will be published in the forthcoming edition of the Advances in Advertising Research. Her dissertation explores consumer responses to advertising on digital video-sharing platforms with a focus on voluntary ad-viewing behavior. Kim taught JOUR 3201: Principles of Strategic Communications as a graduate instructor. Prior to pursuing her PhD, she worked in the advertising industry for about a decade.

Katie Haejung Kim
Katie Haejung Kim is a first-year doctoral student at the Hubbard School. She earned her BA and MA in communication studies at Seoul National University. Her research interests are in public relations, specifically internal communication and CSR management. Her research has been published in peer-reviewed journals, including Public Relations Review, and presented at several conferences, including International Communication Association (ICA) and International Public Relations Research Conference (IPRRC). She also received the First Place Top Student Paper Award in the Public Relations Division at Association for Education in Journalism and Mass Communication (AEJMC). Prior to pursuing her academic career, Katie worked as a public relations manager at Hyundai and Kia Motors group.

Andrew Locke
Andrew Locke is a second-year doctoral student at HSJMC. He received his MA in Liberal Studies from The New School For Social Research. His interests include digital news ecosystems, critical media theory, populism, and the political economy of communications. In particular, his research goals center around the influence of digitalization in journalism and media, and its effects on audiences and the publishing industry. These issues are explored using qualitative research methods, particularly by employing grounded theory and critical discourse analysis. Andrew taught JOUR 1501: Digital Games and Society at HSJMC. His BA (English) is from Creighton University.

Nick Mathews
Nick Mathews is a second-year doctoral student at the Hubbard School. He previously earned his undergraduate degree and master’s degree from the University of Missouri. His research interests are in journalism studies, specifically exploring media in rural spaces. He has presented research at global conferences, including the International Communication Association (ICA) and the Association for education in Journalism and Mass Communications (AEJMC). He has earned three top-student paper awards. He previously taught as an adjunct professor at James Madison University. Nick had a 20-year professional journalism career, including time as a senior editor at the Houston Chronicle and time as a regional editor-in-chief, overseeing the news operations of three daily newspapers and three weekly newspapers in Central Virginia. 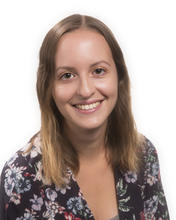 Clara Juarez Miro
Clara Juarez Miro is a third-year doctoral student at HSJMC minoring in Political Psychology. She earned her MA from the Hubbard School (2018). Her research involves political communication, journalism, nationalism, populism, identity politics, and media studies. Her dissertation will examine how populist supporters form communities that address specific social-psychological needs, based on their interpretation of messages by populist elites and on news media. Juarez Miro authored the book Identity Discourses about Spain and Catalonia in News Media: Understanding Modern Secessionism. Her research has been published in Journalism: Theory, Practice, and Criticism and presented at several conferences, including ICA and ISA. She has served as instructor for JOUR 3751: Digital Media and Culture. 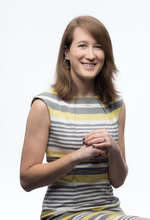 Allison Steinke
Allison J. Steinke is a fourth-year doctoral student at the Hubbard School. She is a journalism studies scholar focused on solutions journalism and social justice with an emphasis on the anti-human trafficking movement. She has published two peer-reviewed journal articles: One in Mass Communication and Society and one in Journalism Studies; a white paper on media consumption habits in partnership with the News Media Alliance; and an encyclopedia article on mobile applications and journalistic work in the Oxford Research Encyclopedia of Communication. She has also presented her work at global conferences including the International Communication Association (ICA), Association for Education in Journalism and Mass Communication (AEJMC), and Cardiff University Future of Journalism Conference. 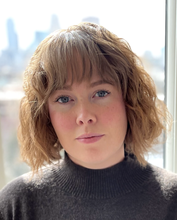 Sarah Kay Wiley
Sarah K. Wiley is a doctoral candidate at the Hubbard School of Journalism and Mass Communication and a Knight News Innovation Fellow at the Tow Center for Digital Journalism at Columbia University. Her research examines the relationships and institutional dependencies between technology companies and news organizations. Her work has been published or is forthcoming in Digital Journalism, the Journal of Civic Information, and the Journal of Media Law and Ethics. She has presented her work at several conferences and has won top paper awards at the International Communication Association (ICA), the National Freedom of Information Coalition (NFOIC), and the Association for Education in Journalism and Mass Communication (AEJMC). She is currently a research assistant at the Silha Center for the Study of Media Ethics and Law and earned her J.D. from the University of Minnesota Law School in 2016.

Danford Zirugo
Danford Zirugo is a Zimbabwean second-year doctoral student at the Hubbard School of Journalism and Mass Communication. As a journalism studies scholar, he is particularly interested in discourse and journalism practice in post-colonial societies. Danford is also a product of the Erasmus Mundus program (2016-2018 cohort) through which he acquired a dual MA in Journalism, Media and Globalization from Aarhus University (Denmark) and City, University of London (UK) where he specialized in financial journalism. He has also presented work at the annual Association for Education in Journalism and Mass Communication (AEJMC) conference in Toronto, Canada in 2019 and the AEJMC regional conference in Oklahoma (US) in 2020. Danford has also been a Graduate Instructor of Record for Information for Mass Communication. Previously, Danford has worked as a journalism lecturer in Zimbabwe (2010-2016).

Frank Funwi
Frank Funwi is a first-year master’s student at the HSJMC. He earned his BA in Mass Media with an emphasis in Public Relations from Minnesota State University, Mankato in 2018. He also served as an athletic communications intern at the Athletic Communications office at MSU Mankato. His current research interests are in media law and athletic communication. When not watching sports of any and every form and yelling at referees through the TV, you can find Frank watching anime or taking runs across campus. 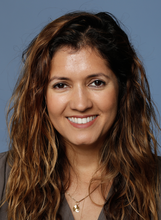 Tania Ganguli
Tania Ganguli is a first-year master’s student at the HSJMC. Her research interests lie in journalism studies, specifically trust in news, as well as political communication. She worked as a journalist for more than a decade prior to returning to school, with stops at the Courier-Journal in Louisville, the Orlando Sentinel, the Florida Times-Union, the Houston Chronicle, ESPN and her hometown paper, the Los Angeles Times. She earned her bachelor's degree in English and Political Science from Northwestern University.

Helena Gunderson
Helena Gunderson is a first-year master’s student at the HSJMC. She is studying mass communication with a focus on political communication. As an undergraduate student she attended the University of Minnesota, double majoring in professional journalism and women’s studies.

Rowan McMullen Cheng
Rowan McMullen Cheng is a first-year master’s student at the HSJMC. She earned her Bachelor of Science from Iowa State University (2018) and then worked in mass communications as an editorial author and web interface designer. She is a journalism studies scholar focused on emerging digital media with an emphasis in media sociology. Her research examines the institutional processes, socialization mechanisms, and ethical implications surrounding computational applications in American newsrooms.

Le Wang
Le Wang is a second-year MA student at the Hubbard School of Journalism and Mass Communication. He is interested in media effects and health communication. Specifically, he focuses on cancer communication. His thesis will look into the effects of hedging in cancer-related news stories on the general population's attitude, perceptions, and behaviors towards cancer treatment and detection tool such as colonoscopy. Le earned his BA in Marketing from Jinan University, China.

Trevor Zaucha
Trevor Zaucha is a first-year master’s student at the HSJMC. His research interests include digital communications, interactive media, online communities, gambling, consumerism, addiction and urban decay. Prior to his enrollment in the Hubbard School, Zaucha received his Bachelor of Science in Advertising from the University of Illinois at Urbana-Champaign (2016) and worked for a number of years at a marketing technology company in Austin, Texas.

Nicole Zhang
Nicole Zhang is a second-year master student at HSJMC. Her research focuses on international communication and journalism. Zhang also received her bachelor's degree (with distinction) in journalism and communication studies from the University of Minnesota-Twin Cities in 2019.