In the Fall of 2018, the Hubbard School announced a new cohort of adjunct fellows who support diversity, equity and inclusion in our classrooms. The program has continued to add new fellows each semester since. The fellows, all professionals working in the areas of journalism and strategic communication, engage with students across a range of courses throughout each semester, offering expertise in areas such as ethics and radio production to beat reporting and advertising strategy. 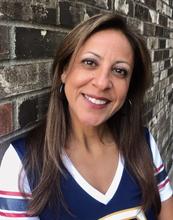 Elizabeth Flores
Photojournalist, Star Tribune
[email protected]
Liz graduated from the University of Wisconsin- Eau Claire with a degree in Spanish and a Journalism minor. She is first-generation Mexican-American and was the first in a family of nine to graduate from college. She worked as a photojournalist for the Milwaukee Journal Sentinel for eight years before joining the Minneapolis Star Tribune, where she has worked for 14 years. Liz will work with Jour 4302: Photojournalism, which offers students the chance to practice and learn about visual storytelling, digital processing and ethical issues. 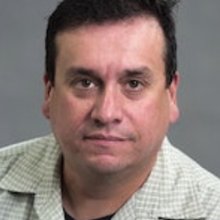 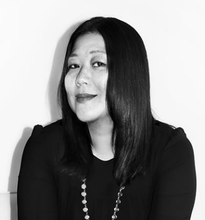 Holli Maines
Chief Growth Officer, CCF
Holli Maines is an expert in brand growth and prosperity with more than 20 years of experience identifying strategic opportunities and ensuring beneficial partnerships with organizations and people. 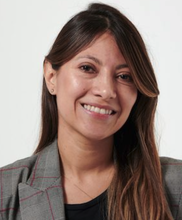 Maria Pazos
Planning Director, Carmichael Lynch
[email protected]
Maria Pazos has been a brand strategist for more than a decade, both in Colombia and Minnesota. She previously worked at Colle+McVoy. 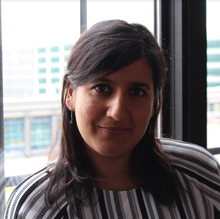 Anjula Razdan
Digital Director, Experience Life
[email protected]
Anjula is Digital Director with Experience Life magazine, where she also served as senior editor for health and nutrition from 2006 to 2014 before leaving for stints as vice president for content with Be Well by Dr. Frank Lipman and as senior news producer for PresentNation. She has also worked as a senior editor for the Utne Reader and as a staff writer for Southwest Journal. She brings a savvy, digital perspective that is grounded in the best of magazine writing and storytelling. 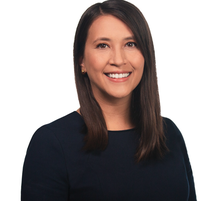 Heidi Wigdahl
Multimedia Journalist, KARE-11
[email protected]
Heidi Wigdahl joined KARE 11 as a multimedia journalist in 2015. She started her career at KTTC in Rochester, Minnesota before heading south to work at WBIR in Knoxville, Tennessee. Heidi has always been a solo video journalist and she enjoys every part of crafting a story. She has received four regional Emmys for Best Video Journalist. Her work has also been recognized by the Edward R. Murrow Awards, the National Press Photographers Association, the Midwest Broadcast Journalists Association’s Eric Sevareid Awards and the East Tennessee Society of Professional Journalists.

Past Fellows of Diversity, Equity and Inclusion (since 2018)