When was the last time you saw Starbucks start initiatives to reduce its environmental impact, or the last time you saw Target come out with a statement supporting its LGBTQ+ employees? Chances are, you encounter these practices frequently. Corporate Social Responsibility, or CSR, refers to the ways that corporations voluntarily contribute their resources for the betterment of society through practices like philanthropy, employee volunteerism, and more.

Associate Professor Hyejoon Rim began her journey in studying and researching Corporate Social Responsibility (CSR) while working for a public relations agency in South Korea, where she developed CSR plans for the largest telecommunication company. “At the time, CSR wasn’t widely practiced,” she said, but Rim wanted to find ways to convince businesses to invest more in CSR. She was particularly interested in understanding how CSR was practiced in different cultures, as she spent time living in China, Korea, and Dubai.

She also found the importance of testing theories and providing evidence-based guidance to professionals on how CSR could be better implemented. “With academic research, I can actually show the strategic factors that generate positive or negative CSR outcomes, and I hope my research offers practical insights for professionals working in such a fast-paced industry,” she said.

Rim’s current research projects span several dimensions of CSR—from the cross-cultural comparison of CSR practices to Corporate Social Advocacy (CSA) to local studies focusing on Minnesota companies and how their practices have changed given the recent public health crisis and social justice movement.

Shifting CSR Practices in Minnesota
Rim’s first ongoing project involves interviewing the CSR managers and employees of large Fortune 500 companies in the U.S. to gauge how the COVID-19 pandemic and social upheaval following the murder of George Floyd have changed CSR. “[These events] reminded us of the interconnectedness between society and business, and I investigate how businesses think about their roles in society and how they consider themselves as leaders that influence people’s everyday lives,” she said. In addition to understanding how business leaders view their own roles in society, Rim wants to identify the state of mutual understanding or expectation gaps between organizations and employees on their views of CSR.

One of Rim’s most interesting findings from this study was that Minnesotan Fortune 500s have been strongly committed to implementing DEI initiatives. “Compared to companies in other parts of the U.S., such as on the West Coast, Minnesota-based corporations describe themselves as being more conservative. However, recent issues of racial justice have become a turning point for conversations and real action,” she said. Minnesotan companies prioritize DEI, listening from employee resource groups, and even publicly advocating issues, as a way to build trust and strong relationships with their employees and communities.

Corporate Social Advocacy: The Intersection of Political Ideology, Businesses, and Consumers
But what about how CSR impacts us as consumers? In addition to researching how CSR operates internally within companies, Rim’s second study addresses CSA, a branch of CSR where companies take stances on socio-political issues like gun control, abortion, or gay rights. Rim is interested in understanding how people’s pre-existing attitudes towards corporations change when they encounter CSA.

“For example, say you like a company, but you’re against gun rights. The company you like makes a statement supporting gun rights legislation. Are you going to change your attitudes about gun rights, or your attitudes about the company?” she said. Rim likes to think of this model of CSA as a triangle, with the consumer, the issue, and the company as the three points. By using this triadic consumer-company-issue model and through the lens of balance theory, Rim is able to predict how CSA messages are received by consumers and untangle the complex relationships between political ideology, corporations, and consumers.

Measuring Expectations for Transparency Transnationally
Rim’s last study is a transnational investigation of transparency communication in the U.S., South Korea, the United Arab Emirates, and China. In this study, Rim is interested in measuring the public’s expectation for transparency communication across these four countries. Transparency in CSR means that a company is honest with its stakeholders about the issues that are relevant to them, and is crucial in building strong relationships with the public.

“Transparency in CSR communication influences a company’s ability to mitigate public skepticism and increase the perceived altruism and truthfulness of a company,” Rim said. By comparing the public’s expectation for transparency across different countries, Rim is able to get a transnational perspective on differences in CSR practice across the world, “[transparency] ultimately influences public trust in business,” she said.

Rim has already begun to see the impacts of her work and how it has helped professionals in the public relations and CSR fields. “I still have a lot of friends that are in the field, and they’re interested in my research findings. Also, when I talked to the CSR managers in my interview study, I received a lot of positive feedback. They thought the questions were really thought-provoking and that they valued their job more after the interview and understood how their roles were critical in making society better.”

Associate Professor Hyejoon Rim holds a Ph.D. in Mass Communication from the University of Florida and an M.S. in Public Relations from Syracuse University. 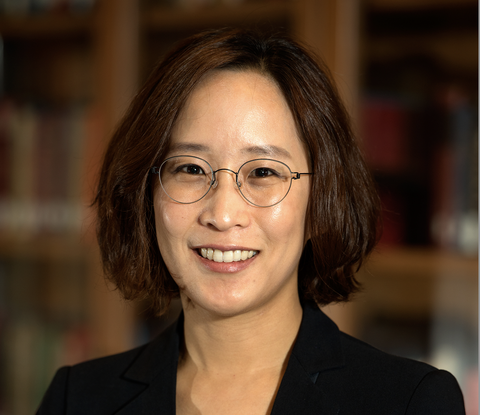