Why I Give: Joy Viola

A Gift of Gratitude

Author, photographer, and global adventurer Joy Viola (B.A. ’57. M.A. ’58) never thought of herself as an overly generous benefactor to the Hubbard School. But, over the years, she gave regularly to the Sevareid Library—$50 here, $150 there—because she said she always felt it was her home away from home in the j-school.

“I never really thought beyond that,” she said. Until the School mentioned the remodeling of the Murphy Hall basement and library to her, that is. “I just felt such an affinity for the library, I thought, I’ll take the plunge and try to do a naming gift.”

“I feel such an affinity to the j-school because I found myself there,” she said. Viola had been studying to be a concert pianist and was well on her way to a scholarship at Juilliard when she realized she was watching the clock when she practiced. “I thought I shouldn’t really be feeling this way if I want to do this the rest of my life.” Watching a movie about the bombing of Hiroshima with her father set her on a different course: She wanted to become a diplomat with the Foreign Service. A political science professor suggested that the career path wouldn’t be an option for her, owing to her being a woman, and suggested she look into journalism.

“I started working on the Daily, and Murphy Hall became my home away from home. I lived at home while going to college, and would take the last 11 p.m. bus out to Excelsior on Wednesday nights after I covered the All University Congress for the Daily. That was really where I found my life’s work. It shaped my life.”

She graduated with both bachelor’s and master’s degrees from the School, and what followed was an extremely colorful life, filled with worldwide travel, writing, and adventure, including an Erma Bombeck-like column in a newspaper and in the press bureau and as the speechwriter for the president of Northeastern University in Boston.

“I think we support in life what we care about,” she said. “Whether that is mental support or spiritual support or financial support—to coin the old phrase: ‘Put your money where your mouth is.’ I wasn’t sure how I was going to finance this, but it was some-thing I wanted to do.”

In the end, Viola is donating to a space in the renovated lower level, which she never imagined would be possible. With the generous gift, came naming rights: the Joy Winkie Viola Group Room. “It’s not about really putting my name on the wall,” she said. “It’s the fact that I’m publicly saying thank you to the j-school. My personal thanks are on that wall, not to glorify Joy Viola, but to publicly say ‘It meant so much to me, so I am publicly saying thank you.’”

“I got a great education, which turned my life in the direction it was meant to go, and I have lifelong friends from there, so the minute they said they were going to do the library—the heart and soul of my home away from home—I knew I wanted to be a part of it.”

If you’d like to support the renovation of Murphy Hall, please visit z.umn.edu/SupportMurphyHall. If you’re interested in a named gift, please contact Louis Clark IV at [email protected] 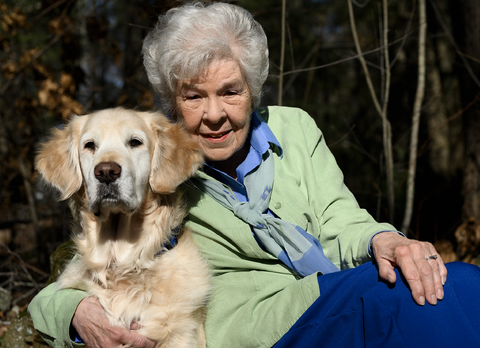