As director of the University’s China Office, Liu engages with both prospective students and alumni.

Beijing-born-and-raised Fran Liu (B.A. ’12) knew she wanted to study journalism by the time she was 6 years old. She would dress herself up, hold a carrot as a microphone, and record tapes full of telling stories about dogs and bunnies, or record sounds of the waves at the beach, pretending her audience was a sea of other 6-year-old girls. “I was sharing my life through my story box,” she said.

The dream came into a bit more focus when her mom traveled to Minnesota when Liu was 12. “She came back and told me how Minnesota is the backyard of the United States,” she said, which is a reference comparing the state to the empyreal backyard of the king’s palace in China. That was intriguing, as was the unique pronunciation of “Minnesota” in Chinese.

She landed at St. Cloud State, and attended for a year, learning the basics of American college and the definition of Minnesota Nice. A year later, set in her decision to major in journalism, she transferred to the Twin Cities campus to enroll at the Hubbard School. Breaking into broadcasting was a challenge for a non-native speaker, but she didn’t let it dim her ambition, branching into photojournalism and graphic design to balance her broad-cast skill. She capped her college experience reporting in Washington, D.C., right before graduation, then hopped a plane to New Zealand to kick off her career.

As a radio host, she discovered she had found her audience at last. But she also realized she loved tying her work and success to revenue and business. “That was the turning point. It was time to pivot my path to business and marketing,” she said. Back to Beijing she went on a five-year plan of her own making. She realized journalism would be an uphill battle in her homeland. “It’s very hard to do journalism in China. This is the fact, this our culture, the situation—and I cannot change [it],” she said. But she could do PR, and jumped aboard a tea-company startup she describes as “like the American Teavana.”

“I loved that I had to write our own articles to promote our product, because every time I wrote, the class sold out in like 24 hours and led to results,” she said. “I learned those things at j-school: I learned newswriting to structure articles, used InDesign, and trained my eyes for good visuals. Those skills combined perfectly in this startup.” But like many startups, cash flow stopped flowing, so it was time for the next thing.

Graduate school had been in the back of her mind, so she enrolled at the University of Washington for an M.S. in entrepreneurship. “I learned to go for my passion, what was really in my heart, my calling. If I’m not studying the things I’m not passionate about, I’m wasting my life.” A couple of job interviews went well, but the offers didn’t appear. Then, along came an opportunity to helm the China office for the University of Minnesota. “Being an alum helped me, because I love the U so much,” she said. “I was standing on the shoulders of a giant at the U. Every time they lift you up. Every time! That’s how I built up my confidence—the U of M helped me to have that.”

As the Director of the University’s China Office, Liu focuses on five mis-sions: Enhancing the U of M brand by delivering info sessions to prospective students; social media marketing; engagement with the more than 4,000 alumni living in China; partnering with businesses in China; and assisting her colleagues at the University when they need help from the Chinese office.

“America [still] has a unique attraction,” she said. “I feel like my dream came true studying in the U.S., and par-ents and students believe we have the best higher ed in the world. And I still get to speak a lot and practice my journal-ism skills.” And if she ever changes her mind? She still has 20 of those demo tapes from way back when. 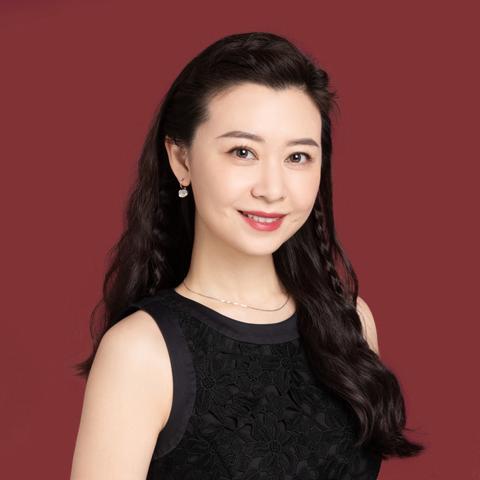