From the Pioneer Press to the editor of Eater, Ong employs rigorous reporting to tell stories from the dining scene.

BAO ONG (B.A. ’04) HAD BEEN LIVING, writing and going to school in New York City for more than a decade when in April of 2020, he moved to Queens. He could see Elmhurst Hospital down the street from his new home—“the epicenter of the epicenter” of the COVID-19 pandemic.

He had also just taken up his heftiest masthead mantle yet, just a mere six months prior to his move—editor of Eater New York, directing several reporters and the website, and easily eating out on the town four to five nights a week.

“Part of me actually thought I was going to slow down or get a break, but the news never actually stopped,” he said. “If anything, there was so much more to cover, not only on the COVID front, but people were so creative. They didn’t stop opening popups and experimenting to stay alive and I wanted to write stories about the underdogs and cool, interesting things restaurateurs were doing. There were even more stories to tell during the pandemic, and I think my news background helped a lot, because it wasn’t just about how food looks on a plate or how it tastes. We’ve been digging into stories people might not think are food stories, such as how restaurants in Chinatown are responding to a rise of anti-Asian hate.”

Far from fluff, he said, dining and food coverage (as well as other lifestyle topics) employ and need rigorous reporting. “That I learned,” he said, “back at the Pioneer Press class.” After finishing Newswriting and Reporting early on in his major, Ong began soaking up every opportunity he could, connecting with the Asian American Journalist Association and interning at the Asian American Press in St. Paul.

Gayle (G.G.) Golden’s newly formed internship hybrid class at the Pioneer Press gave him a shot at daily newspaper work. His exposure to then-food critic Kathie Jenkins flipped a switch. “I thought, ‘Wait! You can write about food for a living?’” He thought perhaps if he worked hard enough and stuck around, he’d have a chance to inherit her job someday. And he did land full-time reporting work there, covering education.

After working for the Pioneer Press, he headed to New York, without a job. He enrolled at the French Culinary Institute—“That was expensive, I don’t necessarily recommend it for people who want to go into food writing,” he said—and eventually interned for famed restaurant critic Gael Greene.

Then came a fellowship at Columbia for the Master of Arts program—where he did a thesis related to Minnesota-based Spam—and interning on the metro desk at the New York Times. There was another chance: A sidewalk smoke-break meeting with another Hubbard School alum, the late David Carr, who introduced Ong to food critic Sam Sifton. Freelance, a spot on the Bon Appetit staff, and Time Out New York rounded out his experience before his hire at Eater.

He emphasized that it was his stead-fast connection to good reporting that got him here. But it was also ambition. “Make the most of every opportunity. It’s a small world. If you work hard, and work smart, people will notice,” he said.

And though the industry continues to change, he said there’s always room for strong writing and reporting. “A good story is a good story. APM Reports is great journalism. Buzzfeed just won its first Pulitzer. There’s nothing that replaces good journalism, and people with the skills find the stories. And you know, there are and were a lot of things about journalism that aren’t or weren’t so great, even in the heyday, so if I were someone just embarking on this career, I wouldn’t focus on the negative side of things as much as focusing on the reporting and writing skills. I still feel hopeful.” 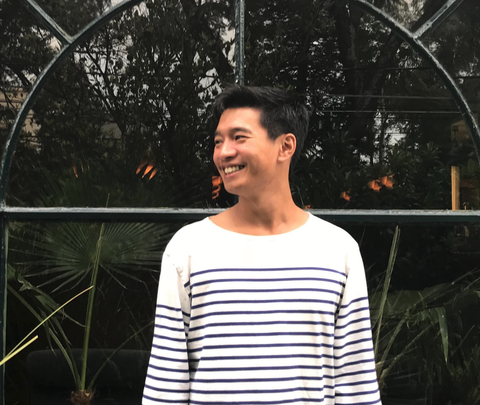