Jean Ward could see around corners and anticipate what was coming before most people even knew where the corners were. I know this because I was lucky enough to have her as my cherished mentor, colleague, co-author, fellow bird-lover and friend. Jean passed away in her sleep of natural causes on Jan. 17, 2020. She was 89.

Jean earned a B.A. from the School of Journalism and was a staff writer at the Minnesota Daily, where she met her future husband. Jean and Jim were at an after-hours party at the Daily and the two crossed paths as the police were coming in the front door and they were leaving out the back.

After a seven-year stint as a staff writer at the Minneapolis Tribune, Jean returned to the U where she completed an M.A. in Mass Communication and a Ph.D. in American Studies in 1967. Jean joined the journalism faculty in 1970 and quickly established herself as an innovative and forward-thinking academic. She taught in one of the university’s early interdisciplinary efforts, the Communication Program, along with her appointment in the School. With Donald Gillmor, she led the drive to overhaul the School’s undergraduate curriculum in the late 1970s in the face of the changing media landscape. That included the idea that there should be a new course in the School that addressed the centrality of the information gathering process in the work of communicators.

I was hired in 1981 to help develop a course required for all journalism majors: Information for Mass Communication. I recall walking across campus from one location to another with Jean during my on-campus interview. While I don’t remember what we talked about, I do remember walking fast. Jean was a power-walker, attacking the sidewalk like she did everything else: with total determination.

Much of what I know about how to be a journalism professor I learned from Jean. We collaborated on curriculum development, book projects and articles, and some of the first computer-assisted instruction exercises used at the University. Jean was an important role model for how to successfully navigate University bureaucracy for all junior faculty, but especially as more women came on board. She also was a strong proponent of the philosophy that excellent teaching and service were as important as excellent research in the academy.

Jean received many awards during her career, including: the Outstanding Journalism Teacher Award from the Minnesota Press Club in 1979; the prestigious University-wide Horace T. Morse-Minnesota Alumni Association Award for Contributions to Undergraduate Education in 1988; the national award for Outstanding Contributions to Women in Communication from the Association for Education in Journalism and Mass Communication (AEJMC) in 1992; and the Award for Excellence from the SJMC in 1999. Upon receiving the national AEJMC award, Jean said, “When I first started going to these meetings [in the 1970s], people assumed I was somebody’s wife.” The idea of a woman teaching in a journalism school was still novel enough to raise eyebrows.

A generation of budding journalists came through Jean’s undergraduate reporting and writing courses. Her teaching was legendary and former students kept in touch with Jean for decades, reporting on their professional and personal lives.

Jean also was a consummate adviser. Ann Brill (Ph.D., 1994), dean of the University of Kansas School of Journalism and Mass Communications, said at the time she established a fund in Jean’s name to support graduate students, “Jean was my dissertation chair, friend, mentor and an extraordinarily gifted teacher. I learned so much from her and I really feel that I would not be in the position as the dean of a Research 1 university if she had not just been there, listened to me and encouraged me during a very challenging program. She was very student-centered and very mature, especially in how she dealt with graduate students.” Countless M.A. students who came through the School’s graduate professional journalism program would agree.

As an untenured junior faculty member, Jean served on a University Senate committee working on revisions to the university’s tenure code in 1972. She was instrumental in guiding the committee to recognize the challenges faced by junior faculty, especially women, in achieving tenure and promotion and helped create new language that addressed some of the inequities built into the existing tenure code. In 1988, Jean was the first woman promoted to full professor in the SJMC.

Jean’s early research focused on the implications of sexist journalistic language. Her 1975 piece, “Attacking the King’s English: Implications for Journalism in the Feminist Critiques,” published in the discipline’s leading journal, quickly became a classic in the field. She also examined the development of the urban neighborhood press in the 1970s. After observing the impact electronic technologies were having on the medical and engineering fields, Jean turned her attention to the role of information technologies and processes in news production.

We published three editions of the book Search Strategies in Mass Communication and a raft of scholarly articles that examined how newsroom computerization and access to online databases were changing the work of communicators. It was a research partnership made in heaven. We complimented each other’s strengths and figured out how to work around our weaknesses.

Jean also knew how to balance a professional and personal life. While raising daughters Ellen and Amy, Jean and Jim were regular attendees at the Guthrie, the Minnesota Orchestra, the St. Paul Chamber Orchestra and the Linden Hill Dance Club. The family went on spring skiing trips to the Rockies and summer trips to the host city for AEJMC conferences. As an adult, Jean took up the cello and co-founded the Linden Hills Chamber Orchestra.

After retiring from the University in 1996, Jean traveled extensively in Central and South America, and went on expedition cruises to the Galapagos, Baja and Alaska. Her bird pictures from Costa Rica led me to put that country on my bucket list. The University, the School and the field of journalism education have lost a pioneer. Jean once told me that people in the 1970s thought she was “crazy” for pursuing changes in information sources as a research topic. But she wasn’t crazy. She was just seeing around corners.

Memorials in Jean Ward’s honor may be made to the Jean Ward Fellowship or to Second Harvest Heartland. 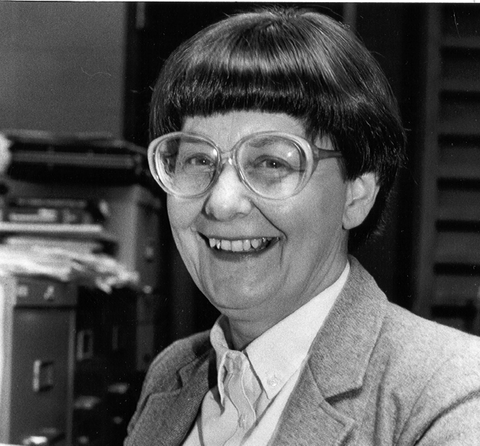