A great journalist and instructor is gone. We need thousands more like ‘Mac.’

Now that he’s gone, it can be revealed that yes, Paul McEnroe did occasionally send flowers to a police records clerk. And, yes, he did seem to come up with police records before anyone else.

Whether there is a connection there will forever remain a mystery. The flowers might have been a sympathetic gesture after a loss. After all, plenty of cops slipped records to McEnroe, a long-time investigative reporter for the Star Tribune, often using someone else’s computer to avoid detection. Handoffs were made on a street corner three blocks from the police station. And there was talk of a drop-off spot “at the foot of the Indian,” referring to a Native American statue whose exact location must remain undisclosed.

Everybody wanted to help Mac, risk be damned. Once asked how he came up with a particularly sensitive document on a breaking story, he replied matter-of-factly, “I’ve got a cardinal in the Kremlin,” as if everybody did, of course.

McEnroe died Wednesday at his Stillwater home after battling cancer for several years. He was 69. He had continued to work up until his death, the past five years as an investigative producer at KSTP-TV.

With a bit of a swagger and no apologies, McEnroe cultivated sources across the state and the country, and often in record time. His opening line in many cold calls was “I’m Paul McEnroe, and I’m just looking for an education.” It worked on lawyers and judges, secretaries, and one or two people in those big, corner offices at the state Capitol.

From those relationships sprang powerful journalism that informed and changed Minnesota. McEnroe’s stories led to improvements in child protection services and care of disabled adults. They exposed corruption in University of Minnesota athletics, state politics and the Catholic Church. They showed the horror and heroism of war in Bosnia and in both Iraq wars. And they left a lasting impression on journalism students at the University of Minnesota, where, as an adjunct instructor, he challenged them to ask strangers uncomfortable questions and openly wept while reading great journalism.

To cover the Iraq war after 9/11, McEnroe and photographer Richard Sennott arranged for smugglers to sneak them across the Iraq-Turkey border by crouching in a hidden compartment beneath a truckload of potatoes. The pair found their way to a Kurdish village, where they befriended and lived with villagers and fighters allied with American troops. Months later, back in Minneapolis, a question arose about his expense account. “They had a big feast one night to feed everybody, and McEnroe paid for it,” remembers Roger Buoen, the Star Tribune’s national editor at the time. “Part of it was for a goat . . . . I guess they buy goats to eat.“  Editors approved the expense and sent it on, but it was flagged by the corporate office at McClatchy Newspapers in California, which owned the paper at the time. Once Buoen explained it, McClatchy began using the story as PR to show what it took to do great journalism. “In the end they thought it was kind of cool that [reporters] as part of their job had to buy a goat once in a while. . . . It was sort of a badge of honor for the organization. And only McEnroe would do that.”

McEnroe’s great skill, said John Ullmann, the former investigative editor at the Star Tribune, was his willingness to invest in people for the long-term. He met in-person and would listen for hours, whether he thought it would result in a story or not. “Paul McEnroe related to people as a real person and as a journalist trying to get to the bottom of something. And that’s a rare skill. . . . Paul cares about his sources from beginning to end. They know it and they want to help him.”

He could also be tough when he needed to be. Tony Kennedy recalled working with McEnroe on a series of stories about the plane crash that killed Minnesota Sen. Paul Wellstone. The question of pilot fatigue or error had been a big part of the reporting, and the two had learned that the pilot’s mother might have the pilot’s logbook from that day. It was a long shot to get access to it, but the reporters gave it a go, and headed to her house. As she came to the door, it was clear she wasn’t going to help them, Kennedy said. She started to close the door. “Paul kind of shoved his foot in the door when she tried to slam it,” Kennedy said. “He just wasn’t going to let her go.” He kept talking, and not only did she eventually show them the book, she gave it to them and said they could return it later. “The attorney for the pilot’s family blew his lid when he found out we had it.”

While working on a story about the troubles of Timberwolves basketball star Isaiah “J.R.” Rider, who grew up near Oakland, Calif., McEnroe tracked down a drug dealer there who he thought might figure in the story. Again, a door was slammed in his face. Moments later, the man got in his car and backed down the driveway. To his surprise, McEnroe’s car was blocking his escape. Mac got his interview.

On at least two blockbuster stories, McEnroe convinced assistant hotel managers to dig through receipts to tell him if people had once stayed at the hotels. One helped him find Vikings first-round draft choice Dimitrius Underwood, who had disappeared from Vikings training camp. No one knew where Underwood had gone, but McEnroe found him within a few days – in Philadelphia. Acting on a tip from a family member of the troubled player, he enlisted the help of staff at a downtown Marriott to keep an eye out. When Underwood showed up, a bellhop tipped off McEnroe, adding proudly that he had parked right behind Underwood’s car so he couldn’t leave. Mac not only got the interview, but arranged to fly back to Minnesota with Underwood.

Journalism students at the University of Minnesota soaked up his stories and reporting tips. “Mac, as a teacher, was a completely unpredictable force of energy,” said Andy Mannix, now a Minneapolis Star Tribune reporter who was once enrolled in McEnroe’s In-Depth Reporting class. “The class was at 8 a.m., so you can imagine a bunch of tired students, but Mac is just revved up to 10 immediately. Day one he made us all write down his cell phone number and said if any of us ever needed to get bailed out of jail, he would do so immediately. Which was a very confusing thing to hear before we even read the syllabus.”

One assignment, Mannix remembered, was to go to the airport, find the ID number on the tail of an airplane and learn everything about that plane. “This is after 9/11, and a bunch of 21-year-olds are outside the airport with binoculars trying to write down the number from an airplane, thinking we’re going to get shot or something.”

But he also remembered McEnroe’s sensitivity, and how he broke down as he tried to read stories from war zones to expose students to the best journalism. “I remember being so impressed that he was willing to be so vulnerable and just cry openly in front of us,” said Mannix. “But it also occurred to me that he saw some stuff in his own war reporting that sort of stuck with him, and it was really off limits for joking. It seemed like he had a lot of reverence for the journalists who had risked their lives and sometimes sacrificed their lives to tell these stories.”

That softer side came through in the large flower gardens McEnroe tended at his Stillwater home and his guardianship of his two disabled brothers. He also was an avid marathon runner and whitewater rafter. McEnroe is survived by his children, Tess and Caleb, his stepson, Alessandro Galeone, his wife, Louisa D’Altilia, and two brothers, David and Peter.

Chris Ison, a former Star Tribune reporter and editor, worked with McEnroe for several years. A version of this story was written for MinnPost.com. 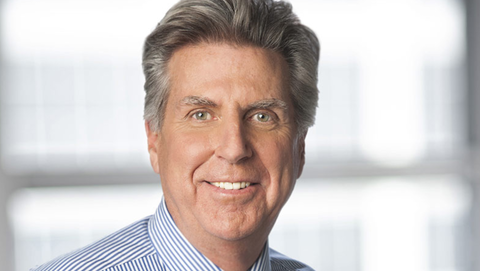