Assistant Professor Claire Segijn is examining multiscreening and its impact on us and the future of advertising.

It’s a Monday night and all your friends are gathered around to watch The Bachelor via Zoom. The show is on but, inevitably, everyone is on their phones, scrolling through Instagram or live-tweeting about the show. Multiscreening, the use of multiple digital devices at once, it seems has become a human instinct.

Claire Segijn, assistant professor in the Hubbard School of Journalism and Mass Communication, researches this cultural phenomenon. She focuses on how people process media while multiscreening and how brands can use it to their advantage.

Segijn was initially interested in studying multiscreening because of its universal quality. “What I really like about this topic of research is that as soon as I talked to people, everyone can understand it. It's very easy for people to relate to it.”

She began her research while studying for her PhD, which she received in communication science at the University of Amsterdam. Realizing the prominence of this multiscreening habit, Segijn used several research methods to get the data she needed for a topic of this size.

She started with a diary study, a study that collects information by having participants log their activities. The diary study was of a general Dutch population, where she gathered insight on exactly who multiscreens, and found that, surprisingly, all generations participate in multiscreening. “Everyone does it. We had people in the sample who were 84 and engaged in it.”

From there, she moved onto conducting experiments, where she studied how multiscreening affects content comprehension in television and commercials. In these experiments, half the participants were asked to watch a TV show without a phone, and the other half the participants were asked to multiscreen with the show and the phone. After the show, both groups were given a questionnaire that asked questions about the content of the show and commercials.

Wanting to dive deeper into how exactly viewers divide their attention between screens, Segijn performed an eye-tracking study, a research method that records eye movement. Using eye-tracking glasses, she was able to find that on average, people switch between their phone and a TV screen 2.5 times every minute. “They have the same amount of time, but they want to do multiple things. So they're combining those things because they think they are more efficient doing that.”

Segijn sees these results as emphasizing the importance of media literacy, the practice of critically evaluating media. As attention is becoming divided among more media and viewers are flooded with multiple messages at once, being a critical viewer and understanding media messages is more important than ever to better discern fact from fiction.

"What I find very important is to focus on how we can help people process media messages, because we see more and more people are engaging in this behavior and they have a hard time actually processing media information while they're doing it.”

The Future of Advertising

The rise of multiscreening offers some benefits. Segijn has found that multiscreening offers a huge opportunity for companies to advertise on multiple platforms. By advertising through TV commercials and social media ads, brands are getting double exposure, a necessity in a media-saturated world. “They already have a lot of competition from each other, but now they also have to compete with other media," she said.

Next, Segijn plans to study synced advertising, advertisements on your mobile device that are in sync with other media content in real time, like when a product in a TV commercial is suddenly advertised on your phone as well. In a society where every viewer is going back and forth from one device to another, synced advertising is the best option for brands to stay relevant. “Looking from the advertiser’s perspective, this could be a new effective way to get the attention of the multiscreening consumer.”

Segijn sees synced advertising as a great brand strategy, but it also poses privacy issues. Synced advertising relies on watermarking, for example, a technique where companies listen for keywords through a consumer’s device, which then determines what advertisements a user gets. “My next step is really going into synced advertising and to study privacy related issues to see if people feel creeped out by it when they discover how it works, and how we can educate them about these practices.”

Segijn believes viewers can expect to see a rise in synced advertising on their devices, expecting companies to take advantage of the multiscreening phenomenon. This unconscious habit has created a whole new future for advertising. 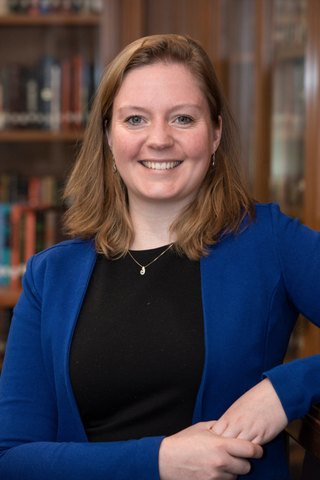