2020 Above the Fold Recipients

Four alumni under 40 who have made significant contributions to their industries.

The University of Minnesota’s Hubbard School of Journalism and Mass Communication Alumni Society Board is thrilled to recognize the four recipients of the 2020 Above the Fold Awards. The award honors alumni under 40 who have made significant contributions in their fields. While the Above the Fold Awards are usually presented at the School’s annual Spring Showcase event (which has been canceled this year), the School is still very #UMNProud to announce the following recipients. 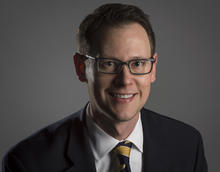 Aaron Blake (B.A. ’05) is a senior reporter at The Washington Post, writing for The Post's political blog, The Fix. A Post employee since 2010 and proud alumnus of the Minnesota Daily, he has also written for The Hill newspaper and the Star Tribune's Washington bureau. In his current role, Aaron spearheads The Post’s analysis of political issues and the presidential campaign, most recently focusing on the Russia investigation and the impeachment of President Trump. He is one of The Post’s most widely read reporters and has appeared frequently on MSNBC, NPR, radio stations across the country and news channels around the world. 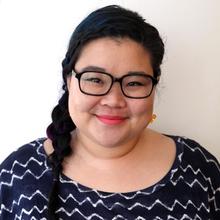 Emma Carew Grovum (B.A. ’09) is a leader who builds bridges for key growth areas in journalism, like leadership culture and product development. She solves problems at the intersection of storytelling, technology, and audience. Emma has built content management and storytelling tools, run newsroom operations, and managed the divide between editorial and tech for organizations like The Daily Beast, The New York Times, and Foreign Policy magazine. As a consultant, she coaches journalists across the country on topics such as leadership, membership, and product thinking. Emma has previously held nearly every kind of editorial role possible: researcher, reporter, social media editor, homepage manager, and assistant managing editor. 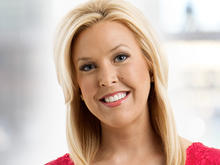 Kim Johnson (B.A. ’06) is a WCCO 4 News at Noon and a WCCO This Morning anchor. Kim was a Special Projects Intern with WCCO while completing her double major in journalism and women’s studies, and a minor in political science. She was awarded the Regional Edward R. Murrow award for her coverage on breast cancer survivors and has won three Emmys for her investigative journalism, including for her work on FDA-banned drugs and a Duluth sewer pipe flooding incident. Previously, Kim worked as a reporter, anchor and producer for WDIO-TV in Duluth. She was a primary weekday anchor for FOX 18/ WQAD News 8 in Illinois, and then a weekend anchor and reporter at KTVX-TV in Salt Lake City.

Indira Zamor (M.A. ’11) is an eight-year veteran of Google, currently serving as Head of Industry. Indira leads a team of advertising sales executives. She works closely with top brands across the U.S. to solve their business challenges using innovative digital solutions. Prior to joining Google, Indira was a brand manager at Target building 360-marketing campaigns. Additionally, Indira spent numerous years in client service at 22 Squared, Crispin Porter + Bogusky and McCann Minneapolis covering clients like Volkswagen, Domino’s Pizza and General Mills. Indira earned her bachelor’s degree from the University of Florida in Broadcast Journalism, and an M.A. in Strategic Communication from the University of Minnesota.