Huie (BA '79) exemplifies excellence, leadership and creativity in his field.

The University of Minnesota Hubbard School of Journalism and Mass Communication Alumni Society Board has selected Wing Young Huie (BA ’79) as the recipient of the 2020 Award for Excellence. The award is given to an alum who exemplifies excellence, leadership, and creativity in his or her chosen field. The award, first given in 1980, has been awarded to graduates of the School representing many different facets of the communications industry, including advertising, public relations, print journalism, broadcast journalism, photography and academia. Past recipients include: David Carr, Michele Norris and Gail Marks Jarvis.

Usually this award is presented at the Hubbard School’s Spring Showcase event every April. While there won’t be an event this year, the board and the School are still thrilled to present Wing with this honor.

“Wing Young Huie has used his photography practice over the years to build a sense of community around life in the Twin Cities,” said Alumni Society Board President Jenni Pinkley. “His work is noted for its sensitivity, inspiration and ability to connect people. His large-scale photo projects become part of the community themselves and his gallery is not just to display his work, but is also a place for people to meet and talk. The Hubbard School Alumni Society Board is excited to give this community builder top honors with the Award for Excellence.”

Wing Young Huie is a celebrated photographer who has captured the complex cultural realities of American society for more than 35 years. His photos have been shown in international museums, but his best known works, Lake Street USA and the University Avenue Project, were epic public art projects that transformed Minneapolis and St. Paul thoroughfares into six-mile photo galleries, reflecting the everyday lives of thousands of its citizens.

The Star Tribune named Wing Artist of the Year in 2000; the University of Minnesota College of Liberal Arts named him an Alumnus of Notable Achievement in 2005; and in 2018 he was honored with the McKnight Distinguished Artist Award, the first photographer ever to receive the award in its 21-year history. His work has been published in the Star Tribune, City Pages and Mpls.St.Paul magazine. His work has appeared in galleries around the world, from Minneapolis and California to New York City and Beijing. His seventh and most personal book, Chinese-ness: The Meanings of Identity and the Nature of Belonging, won a Minnesota Book Award and a Northeastern Minnesota Book Award.

His stewardship goes beyond his public art as it is in classrooms and non-arts venues where his work has been quite impactful. He’s given more than 1,000 presentations to audiences of all kinds—including K-12 classrooms, colleges, museums, non-profits, corporations, and places of worship—showing the various ways he’s photographically engaged thousands of strangers.

“On behalf of the faculty, staff and students of the Hubbard School, I’m delighted that we are honoring Wing with the Award for Excellence,” said Director Elisia Cohen. “We feel privileged to have an alum who not only tells important stories through his photography, but who also gives back to all ages in our community by sharing his art.” 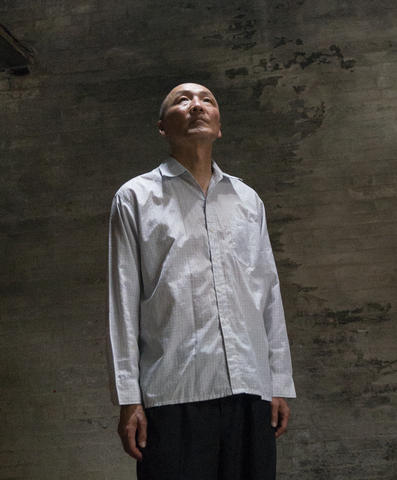