Mitch Charnley dedicated his life to furthering the education of those around him. In his career, Charnley worked for the Honolulu Star Bulletin, Detroit News, and The American Boy, among others. Charnley joined the University of Minnesota as an assistant professor in journalism in 1934, and by the time he retired in 1966 his name was already a symbol of excellence and ingenuity in the journalism field. His students included Eric Sevareid and Harry Reasoner, and he wrote a number of textbooks, including Reporting and News by Radio. He received the Distinguished Achievement Award from the Radio-TV News Directors Association in 1963, and in 1968 he was awarded Sigma Delta Chi’s Distinguished Teaching in Journalism Award.

On Feb. 16, 1991, Charnley passed away, leaving behind a legacy that lives on through the Mitchell V. Charnley Alumni Professorship in Journalism, which provides students in the Hubbard School with a chance to be partnered with faculty in a real-world situation that breaks away from a lecture-based class and instead offers an in-depth, hands-on experience. The fund was used in Fall 2018 to launch the Charnley Project course. The course brought together strategic communication and journalism students to investigate and collect data on political ad spending. The students then published two articles about their findings in MinnPost. This past fall, students tackled a new topic: public opinion in the state of Minnesota.

In 2018, Assistant Professor Christopher Terry and Teaching Professor Chris Ison co-taught the class. “Chris Terry has expertise in analyzing campaign advertising spending, and last year was the first year that you could really track as much of the advertising spending in real time,” Ison said. “That gave us an opportunity to do something that had never been done in this state.”

During the Fall 2019 semester, Ison co-taught the Charnley Project course with Assistant Professor Benjamin Toff. The two classes— Communication, Public Opinion, and Social Media taught by Toff, and In-Depth Reporting taught by Ison—had 66 students working to evaluate public opinion in Minnesota. Toff’s class was responsible for creating and sending out surveys that had oversampled immigrant families and young people, while Ison’s students took the survey information and further investigated and reported on the responses. The stories were published in the Minnesota Daily, MinnPost and an immigration-focused online publication, The Sahan Journal.

“If you go into political reporting you’ll end up writing stories like this, using data often with less access to the people who were involved in collecting it,” Toff said, adding that students can benefit from working side by side with another class. The Charnley Fund helped the class distribute the survey through a survey firm and encourage participation with gift card incentives. Toff’s class undertook all the analysis of the survey results themselves.

“I think Mitch Charnley saw the importance of students and faculty doing real work together, and you can’t do enough of that in four years of studying. You always want to look for ways to do more of it and some of it costs money,” Ison said. “The fact that this money is there means that more than 60 students are doing real professional work in these undergraduate classes, and that’s some of the most valuable stuff they’ll do here.”

Read more about the work the Charnley Project students completed during the Fall 2019 semester. 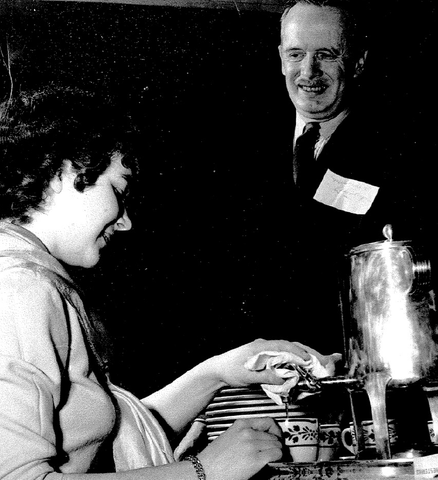