UMN pride never dies, not even from Texas.

On October 3, 2019, Natasha Freimark (B.A. ’95) ascended the staircase at the Graduate Hotel and proudly accepted the University of Minnesota Alumni Service Award, grinning ear to ear as she strode across the stage in an appropriately spirited maroon and gold dress.

“I have long admired the past award recipients and the work they have contributed to my beloved alma mater… never did I think I would be one of the winners crossing the stage to accept this award,” she said.

After serving on the UMAA board of directors for seven years (2011-2018), the award was well deserved. Freimark served on several subcommittees, co-chaired the Student and Recent Alumni Council, and was a member of the UMAA Alumni Awards, Nominating Boards, and Business Model Task Force committees.

The University has always been an important part of her life, and all of her siblings call it their alma mater. Following in their footsteps, she packed her bags and headed off to the city to pursue journalism, where she would find a plethora of opportunities.

While at the Hubbard School, Freimark studied advertising, and she always thought that her career would be at an advertising agency. To her surprise, she found a passion in telling stories through print and magazines. She admired journalists and the craft of journalism for their importance in society, and considered herself “a natural storyteller.”

From being an Account Executive at the Minnesota Daily, participating in groups like AdFed and PRSA, being a restaurant server, and working as a nursing assistant, she cultivated her ability to manage deadlines and strict pressures.

Freimark was inspired by professors like Kathleen Hansen and Al Tims, whose classes she enjoyed immensely. When she worked in the Athletics Department, she found another role model in Chris Voelz, the Women’s Athletic Director at the time.

“Chris was a tireless advocate for gender equity, and in her pursuit of social justice has accomplished many milestones. As the Women's Athletics Director at the University of Minnesota, she set attendance, academic, fundraising and performance records while building eight athletic facilities and adding three sports for women,” she said, explaining how she wanted to mirror Voelz’s inspirational qualities and drive.

“The stars aligned,” when Freimark was offered the position of Director of Marketing and Events for Fort Worth Magazine, where she has been for three years.

Her family lives in Texas, so she had often thought of moving there to be close to them; that’s when she noticed the job opening, and was excited to be part of a growing team in one of the nation’s fastest-growing large cities.

Despite moving away from her fellow Gophers to start the next chapter of her life, Freimark still finds the time to support the maroon and gold through the North Texas alumni network. The Dallas/Fort Worth area is luckily large and filled with alumni. Natasha goes from planning sporting events to art crawls for the dozens of alumni she sees in attendance, and showcases those who are outstanding in their work.

Last year, Freimark planned a game outing for the Minnesota Wild and Dallas Stars hockey game; her most memorable event so far. She worked on the project with another UMN alumnus, Dan Stuchal.

“Before the game, Dan did a ‘chalk talk’ for our group and had a surprise - the Stanley Cup was in town and our group was able to see it and get pictures taken with it.” This was a memory she’ll never forget.

Now, she teams up with Jessica Martin, her co-president of the North Texas alumni network, and reaches out to other Big 10 chapter presidents for ideas. Together, they have planned approximately eight events, with three more to be held this November.

“I bleed maroon and gold, and I wanted to give back to the institution that has given me so much.” 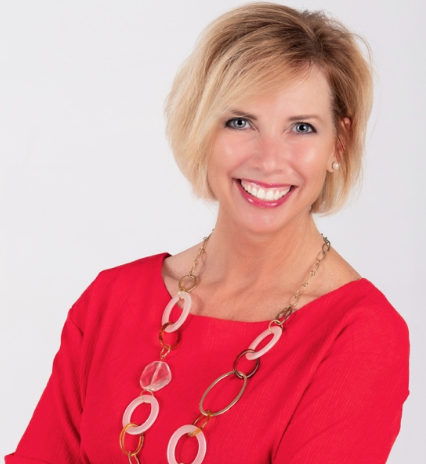