2019 Above the Fold Recipients

Four alumni under 40 who have made exciting contributions to their field.

The Hubbard School of Journalism and Mass Communication Alumni Society Board is pleased to announce the recipients of the 2019 Above the Fold Awards, honoring alumni under the age of 40 who have made exceptional contributions to their fields. The honorees will be recognized at the 2019 Spring Showcase event on Thursday, April 25, 2019, at the McNamara Alumni Center.

Riham Feshir (B.A. ’08) is a reporter at MPR News, where she covers race and immigration. She was the co-creator (along with fellow Hubbard School alum, Jon Collins) of 74 Seconds, an innovative podcast that covered the first-ever trial of a Minnesota police officer charged in an on-duty death. Her work on the podcast won national awards, including a Peabody, Livingston and Third Coast Best Documentary. Since joining MPR News in 2015, Riham has dug deep into various issues important to readers and listeners of all communities, all across the state, including mental health, racial inequity and police shootings.

Elizabeth Giorgi (B.A. ’07) is an entrepreneur on a mission to make quality content available to brands everywhere. She is the founder of two successful content companies: soona, a same-day photo and video service, and Mighteor, one of the world's first internet video production companies. Mighteor’s innovative approach to video has helped clients achieve more than 500 million organic views and receive international media attention. Liz is an Emmy-Award winner whose work has appeared on PBS, The Discovery Channel, Big Ten Network and at festivals and museums across the globe. She is a current board member for the Women Who Startup Foundation and the Women in Business National Council’s Next Generation Board.

Kareem Rahma (B.A. ’08) is an Egyptian-American digital media executive, entrepreneur and poet living in New York City. He is the Founder of Nameless Network; an entertainment company that creates and distributes smart video content for the smartphone generation and The Museum of Pizza, the world's first immersive art experience celebrating the world's favorite food. In aggregate Nameless Network has generated more than 20 billion video views since its founding. Prior to founding the Nameless Network, Kareem was Director of Audience Development and Growth Strategy at The New York Times and before that, the Associate Director of Global Marketing at VICE, where he led publisher partnerships, portfolio growth and social audience development. Before moving to New York City in 2012, he helped build and create the Social departments at Risdall Marketing Group, OLSON and McNally Smith College of Music in Minneapolis.

Andy Thieman (B.A. ’01) From Best Buy, Target, JCPenney and General Mills to Colle McVoy, Martin Williams and Yamamoto, Andy's career is evenly split between in-house and traditional advertising agencies. Along the way, he's served as an adjunct professor, survived cancer, founded a nonprofit, toured as a keynote speaker, and started The Minneapolis Egotist. His latest venture has taken him outside of advertising, into the world of public relations, where he currently serves as Executive Creative Director at Weber Shandwick. 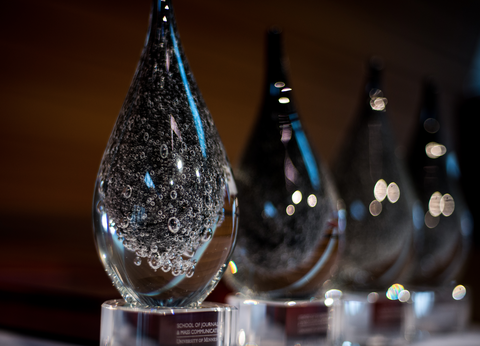