The unprecedented arrival of more than a million refugees, asylum seekers, and migrants – plus the political, public, and policy reactions to it – is redefining Europe. The repercussions will last for generations on such central issues as security, national identity, human rights, and the very structure of liberal democracies. What is the role of the news media in telling the story of the 2010s refugee crisis at a time of deepening crisis for journalism, as “fake news” ran rampant amid an increasingly distrustful public?

This volume offers students, scholars, and the general reader original research and candid frontline insights to understand the intersecting influences of journalistic practices, news discourses, public opinion, and policymaking on one of the most polarizing issues of our time. Focusing on current events in Greece, Austria, and Germany – critical entry and destination countries – it introduces a groundbreaking dialogue between elite national and international media, academic institutions, and civil society organizations, revealing the complex impacts of the news media on the thorny sociopolitical dilemmas raised by the integration of hundreds of thousands of asylum seekers in EU countries. 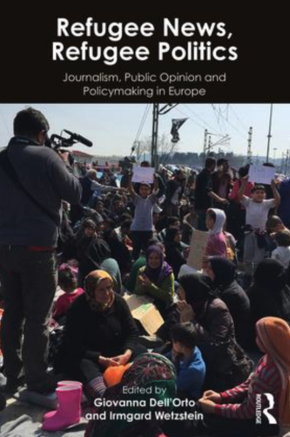