The National Institutes of Health by way of the National Cancer Institute awarded Hubbard School of Journalism and Mass Communication Assistant Professor Rebekah Nagler a $356,125 grant (1R21CA218054-01A1) for her project, “Effects of Prior Exposure to Conflicting Health Information on Responses to Subsequent Unrelated Health Messages.” The grant period runs from Sept. 6, 2018 through Aug. 31, 2020.

Project Summary
Many population-level public health strategies rely on messaging to promote cancer prevention and control. These strategies do not take place in a vacuum; rather, they occur in the context of a broader public information environment, which is increasingly characterized by conflicting and often controversial health information. Although studies have documented that such information is prevalent, a critical question remains unanswered: does exposure to conflicting health information in people’s routine interactions with the broader information environment threaten the success of message-based population-level public health strategies? And, if so, who is most susceptible to the effects of such exposure?

These are questions that cannot be ignored, given the substantial investments made in such strategies, including the estimated $2.2-$2.6 billion that NIH spends every year on behavioral interventions to prevent cancer and other chronic diseases.

The project will provide a rigorous empirical test of these critical answered questions, guided by two specific aims:

To accomplish these aims, an online survey-based experiment using a national sample of U.S. adults will be conducted. At 3 time points across a 3-week period, participants will be exposed to real news stories about several health topics (e.g., nutrition, mammography, HPV vaccine). Participants will be randomized to 1 of 2 treatment groups that differ only in the amount of conflict presented in these news stories (high conflict, no conflict). After the 3-week period, all participants will be exposed to unrelated messages about behaviors for which there is scientific consensus (e.g., skin cancer prevention).

To assess carryover effects, cognitive, affective, and behavioral intentional responses to these messages (e.g., attitudes toward and interest in sun-protective behaviors) will be measured. These messages are expected to be less effective among those who were randomized to receive conflicting health information. Individual-level differences in the pattern of these responses are also expected, with carryover effects of exposure to conflict being more pronounced among certain groups (e.g., those with greater trust in media sources, those of lower socioeconomic position). Using an innovative research design, the proposed project will directly assess whether the broader information environment, with its ubiquitous conflicting health messages, undermines the success of message-based population-level public health strategies.

About Assistant Professor Rebekah Nagler
Rebekah Nagler is an assistant professor in the Hubbard School of Journalism and Mass Communication at the University of Minnesota. Her research examines the effects of routine exposure to health information in the media, with a particular focus on conflicting and often controversial information about cancer prevention and screening. Additional research interests include communication inequalities, health disparities (along racial/ethnic minority, socioeconomic status, and gender lines), and tobacco control. 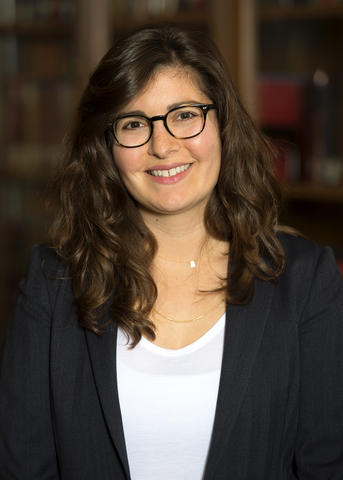