From the get-go, Emma Carew Grovum (B.A. '09) has been pushing newsrooms out of the dark ages and into a digital world. She made the leap from print to digital relatively quickly after graduation. She worked as an editorial research assistant for the Chronicle of Philanthropy in Washington, D.C., before starting at the Star Tribune as a reporter in 2010. That’s when two things hap-pened: she realized reporting might not be her strong suit (“It was kind of a crisis for me,” she said) and she was tapped by leadership to train the newsroom on social media.

“I went team to team and taught them how to use Twitter, how to set up Google alerts and give them tips on how to improve their workflow,” she said of her early days at the Star Tribune. This passion for digital storytelling and her knack for workplace training helped her carve out her own niche in the industry. “I was interested in how we could do better storytelling than just a hero image and text.”

Her career trajectory led her from the Star Tribune in Minneapolis back to Washington, D.C. as a social media consultant and then as a director of digital content at Foreign Policy magazine. She then became a staff editor at The New York Times, where she managed home page promotion for the Opinions section, as well as social media and reader engagement strategy. In 2015, she became assistant managing editor at The Daily Beast, where she oversaw day-to-day news operations and story planning, and also helped in the effort to build a new content management system.

Carew Grovum’s curiosity for how things work, and her desire to make a journalist’s job easier, put her in the position of bridging the newsroom with the product development department. “Every newsroom needs one of these bridge roles,” she said. This experience led her to make the jump from the newsroom to product development last year. Now as a product manager, she’s helped launch a number of storytelling tools to enhance The Daily Beast pages, developed new ways to make stories online more engaging, rebuilt RSS feeds, and set up a SecureDrop site for tips and leaks.

The move has been a great fit for Carew Grovum not only because she is helping the newsroom become better, but she’s part of a team in which risk-taking and problem-solving is part of her job every day. She knows that the bar is low for innovation across most newsrooms, and she wants The Daily Beast to be on the forefront. “The status quo isn’t working [in newsrooms], so almost anything is better than nothing,” she said. “Journalism is already in a broken system for advertising or video or onsite engagement—any innovation you can come up with or deploy has potential.”

The times of journalists working in a vacuum are over—which is why it’s important to Carew Grovum to help develop new systems, and then train journalists on how best to use them. “Journalists need to be really engaged with their stories from conception to distribution to engagement with the end reader,” she said. “Journalists are curious by nature and to not turn that curiosity to their own organization seems strange. You have to care about the business side—the website, the newsletters and whether readers are clicking through.”

This past spring, Carew Grovum was picked as one of 28 women out of more than 600 applicants to take part in Poynter’s Leadership Academy for Women in Digital Media. The week-long program focused on the skills and knowledge needed to rise to the highest levels of digital media leadership. Sessions covered how to develop effective management styles, handle difficult situations, manage burnout, master negotiation tactics and build collaborative teams.

“The women I met were just extraordinary,” she said of the experience. “The people doing digital and local news today are doing a radically different job than I did back in 2011 and I’m not sure I could do that job today. They’re really holding up the house for their communities.”

Continuing to push boundaries and grow as a professional have been common themes in Carew Grovum’s career, and things for which she constantly strives. “I think it’s an exciting time to be in journalism because there is just so much work to be done,” she said. “There are so many different jobs to be done. But you also have to advocate for yourself throughout your career. I learned what kind of environment that I needed to succeed in. The worst thing you can do as a young journalist is get trapped in an organization that’s not committed to your growth.” 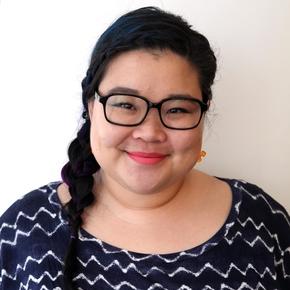