Barnett was inducted into the Massachusetts Broadcasters Hall of Fame.

Byron Barnett (B.A. ‘77) is a Minneapolis native and currently posted at WHDH-TV in Boston, where he does general assignment and political reporting, and also hosts Urban Update, a Sunday-morning local public affairs program. On September 18, 2017, he was inducted into the Massachusetts Broadcasters Hall of Fame.

The Murphy Reporter caught up with Barnett as he was driving with his cameraman, Joe Mullowney, from New York City back to Boston after covering some of the NFL National Anthem controversy.

How did the U of M provide you with what you needed for the real world?
Two people in particular, who are both deceased now [helped prepare me]. One was
Dr. Fang. The other was Dr. George Hage. Dr. Hage’s classes were three-hour sessions covering the whole concept of chronicling daily life for an audience. Ten minutes before we’d be done with class, he’d suddenly say, “OK, we’re going to write a story now.” It was a great lesson in learning how to write under pressure.

Talk about your early steps into journalism.
In ’77, when I graduated, Dr. Fang offered me an internship at KSTP. I was the only intern in the newsroom, so by end of the summer, I was putting stories together for other reporters. Stan Turner was the news director, and when he found out I was interviewing for jobs, he asked me to stay at KSTP.

I was coming on to a senior team, so I had to get up to speed very fast…sometimes it wasn’t pretty. But I stayed six years. Then came the opportunity in Boston. I thought I’d stay a short while, then maybe become a foreign correspondent, but the industry changed, my life changed, and I stayed. They’ve been very good to me.

In an industry where people move a lot, you’ve stayed put. What’s the upside to longevity?
The trust that builds with your sources, audience and industry. Because people know me, they will let me into their homes and hearts and pour their stories out.

How have you seen your role change with the rise of digital?
As the tech changes, the way we do our job, and the skills needed to do the job, change. In the days of film you did a story, put it together, went home, and watched it on air. That’s almost a joke now. In the ‘80s they developed the earpiece so they could talk to you from the control room to go live. As time went on, we started adding more newscasts and going live more. I almost have to have that earpiece when I sleep. Sometimes on my way to work I get a call to go live. Everything is moving faster. But you still have to follow proper journalism principles.

Now you’re covering the NFL controversy. How have you approached your coverage?
I’m a news reporter, not a sports reporter, but Boston is a big sports town, and the Patriots make the news a lot. It’s a very interesting story. All these team owners are all billionaires and 70 percent of their players are black, and a lot of the players come from communities where racial injustice is an issue. Most of the NFL customers are white. Some are shocked. Our president got involved. You have a toxic mix of major controversy. It’s a fascinating story: Do NFL owners support their players or their customers?

What did getting inducted into the Massachusetts Hall of Fame feel like?
It is one of the biggest honors of my life. I was surprised and overwhelmed. I was inducted with eight other people, and I have such a great respect for them.

What would you tell journalists hoping to score their own Hall of Fame nomination?
Be a humble speaker of the truth. Be informative. Move people. Get your information right. Keep things in the proper context to avoid unintended consequences. The power you’re given as a journalist is serious. 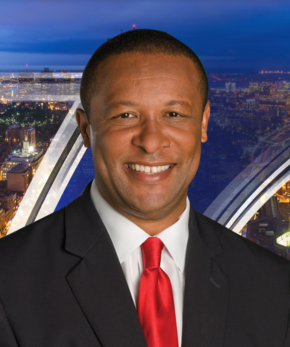