The SJMC alumnus talks about taking Campus Media Group from selling ad space in college newspapers to a leader in reaching the elusive college student demographic.

Editor’s note: This story originally appeared in the Spring 2016 issue of the Murphy Reporter.

When did you develop your interest in advertising?

That started my junior or senior year in high school. It was kind of two-fold: one I had a mass media course in high school where one of our class projects was to create either a storyboard or film our own television commercial for any brand. I ended up taking the lead and doing pretty much everything on the project. I just loved it and knew I wanted to do advertising and marketing for a living. I created a commercial for B. Dalton Books and I got an “A” on the project. I had so much fun with it. I also had a great mentor named Dan Olson, who owned Duffy Design and went on to work at Fallon. He’s a guy that I’d met through my church and he really took me under his wing. He taught me a lot about the creative side of ad agencies and how they worked.

What did you draw from your experience at the U of M that helped you get where you are today?

The advertising track was really cutting edge. The school gave everybody a great opportunity to learn not only all the traditional aspects of advertising but also a lot of the new emerging technologies and the new media that was taking shape at the time. It was a pretty well-rounded program. I was able to learn a little bit about everything – from art directing, copywriting, media. It’s kind of funny because at the time I was in college, media was one of my least favorite aspects. It wasn’t the flashy art direction, creating commercials and copywriting things, but I wound up in media and I love it.

What do you think makes the college student market elusive to advertisers and brands? How is Campus Media Group working to fill that gap or make that connection?

We know that college students are very savvy. They’re technology natives; all they know is technology. They know they’re being marketed to. And because they’re kind of hyperaware of brands wanting to reach them, you have to speak to them in a different way. We help brands not only craft their media strategy, but we help them communicate in a smarter way.

Can you give an example to illustrate that?

One thing that we preach here is that college students are not homogenous. One college student can be really different from another. A college student in Orange County, Calif., is much different than a college student in Bismarck, N.D. And I’m not just talking about how thick their jackets are. A lot of times what makes them tick could be completely different. The campus environment could be totally different and have a totally different vibe. When we talk to companies about advertising on these particular campuses – if they’re doing it physically, if they’re really there and want to get entrenched in that campus environment – they really need to speak the local language and strategize what are the hotspots for this campus, where are the centers for activity. A lot of times agencies are using us as a secret weapon behind the scenes. We help them look good and a lot of times we’re dealing with media planners and buyers that have been out of school for a decade or more and they don’t know the lingo anymore. They don’t know what the options are and that’s the gap that we fill.

What has been the most challenging aspect of trying to reach the college student market and how has the company overcome those challenges?

I think some of the biggest challenges for us as an agency is to adapt to the different media channels and making sure that we’re continually evolving as to what types of services we provide. When we got started in 2002, mobile marketing wasn’t even a thing. You maybe had some early text message-type abilities, but it was nothing like today. College newspapers were still a big thing back in 2002 and what our business was solely built on at one point. Now we don’t even place ads in college newspapers. It’s changed so drastically. Facebook didn’t get started until 2004 or something, and so we had to adapt to all these kinds of channels and to what the brands were asking us for. That’s why we’ve survived. We took cues from our clients, we took cues from the agency partners that we worked with and said what are these brands wanting, what are they hearing about, and what do they want us to be experts on. Then we go out and learn it for them.

Where is College Media Group headed?

As an agency we’re also realizing that we need to continue to evolve. College Media Group has made some steps in creating our own channels internally that we can then provide to our clients. One of them is called Mytasca, a tool for employers to help them recruit from the right schools. We do a lot of recruitment advertising here and so we’ve built a tool to really help brands identify schools and students that are going to be great for them in terms of recruiting for different initiatives that they have. Additionally we’re also starting to use more inbound marketing and native advertising through content development. We realize that because there’s a lot of the online and digital channels out there it’s becoming harder and harder to move the needle. We’re starting to move in the direction of inbound marketing, which is content creation that informs and pleases through positive brand and consumer interactive experience. 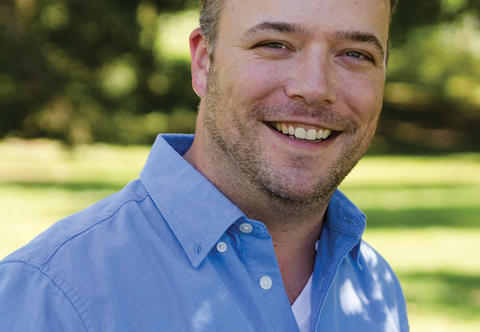