How does the digital media environment affect how journalists establish their legitimacy to do news? 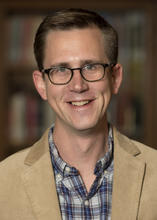 “For a long time, the media environment worked with a pretty clear separation between producers of the news and its audience. Journalists controlled not only what the news looked like, but how it was distributed, either in print forms delivered to readers or through broadcasted messages that arrived on televisions and radios.

“In the digital environment, journalists still produce news and audiences still consume it, but the paths between them are not so straightforward. To list just a few changes: news which used to be made for discrete media channels now all blends together on digital channels; social media become places where the news can be shared and commented on outside the control of journalists; and non-journalists can easily speak for themselves through digital communication channels. Even if the news looks the same as it has in the past, all of these other changes alter how it moves about.

“If this seems confusing for audiences and the news industry, it is confusing for journalism researchers as well. How do we study it then? In a recent article in the journal New Media & Society, I suggest that it is not enough to look at news stories on their own. Rather, we need to consider the circulation of news stories. I use circulation both in the more mechanical sense of the transferring of information from one point to another and in a cultural sense as the meanings that get attached to a story in this process.

“For example, if I share a news story on Facebook, I am relying on a complex technological infrastructure to enable me to click on a link, add some text, and send it to my friends. But sharing a story is also adding meaning. I am marking it as important and likely adding some commentary about it, which can then spark feedback from others. The argument that I make is that if we are to understand news as a form of knowledge – as telling us something about the world – we need to look at the entire process through which news circulates. This may seem daunting, but it reflects how journalism increasingly is and not how it was.

“Circulation opens up exciting future research directions to examine these new paths for news, including the role of different actors – from individual people to tech company giants. All of this helps answer how it is the news works in a digital media environment.”