What role does geography play in how people experience corporate social responsibility (CSR)? 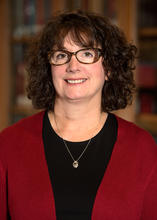 “The quest to answer this question began in the summer of 2018 with survey research at the Minnesota State Fair. At the Fair, my research team (which included both undergraduate and graduate students) collected more than 1,200 surveys from residents all across the state of Minnesota. We had participation from nearly every single county in the state. Minnesota is home to more than 900 corporate headquarters, which makes it a great place to find answers to my question.

“Participants in the study were asked a variety of questions to understand what expectations they had of corporations in and outside of their community. In addition, we asked Minnesotans to tell us what types of behavior they would engage in if a company was behaving responsibly or irresponsibly.

“At the broadest level, the majority of our survey participants agreed that communities which have corporate headquarters are significantly better off than communities that do not have corporate headquarters. Relatedly, the majority of survey respondents indicated that corporations make a positive difference in the overall well being of the community including helping to solve important environmental and social issues, and they wished that the community they live in had more corporations headquartered there.

“We are intrigued by the initial data analysis. Moving forward this project will consider how the ratio of population to number of corporate headquarters influences people’s responses as well as determine the extent to which differences exist between communities.”